How To Make Frozen Pizza If You're A Crazy Person 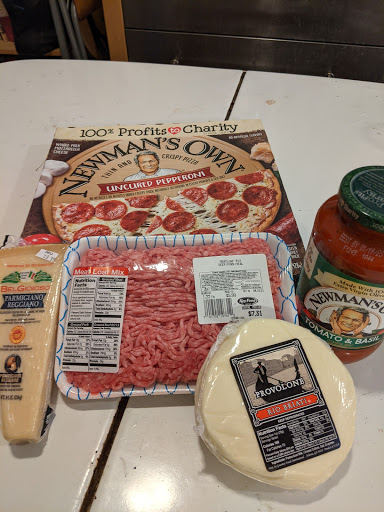 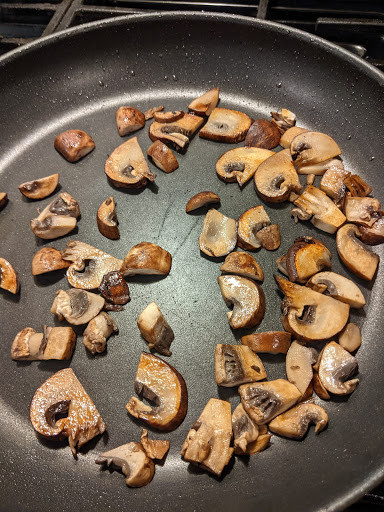 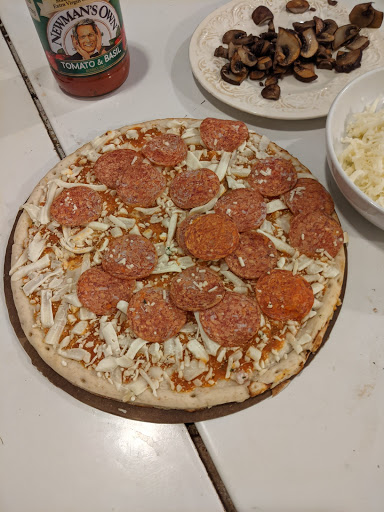 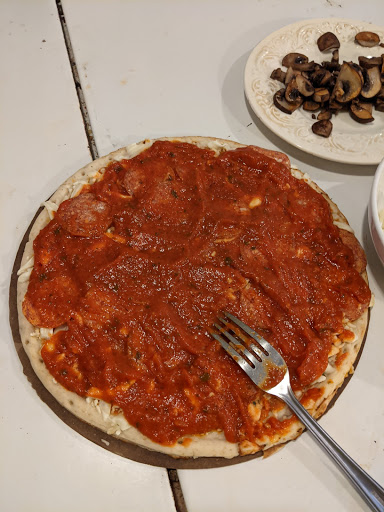 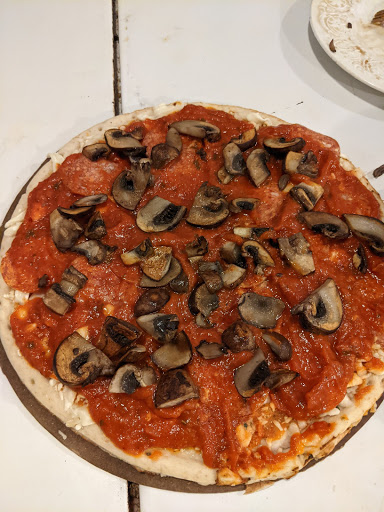 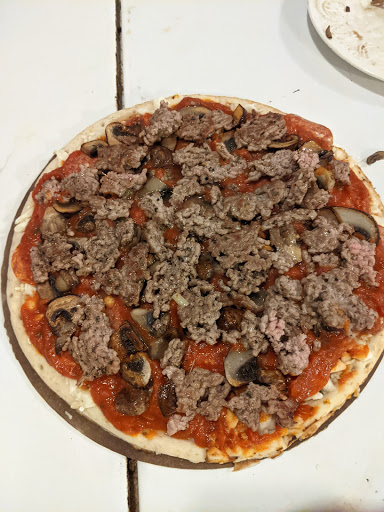 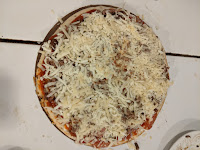 Pre-heat oven to it's highest temp, cook pizza on a preheated pizza stone or a grate to allow the bottom to crisp up, otherwise you'll end up with a floppy mush of crust, especially with all the extra toppings. 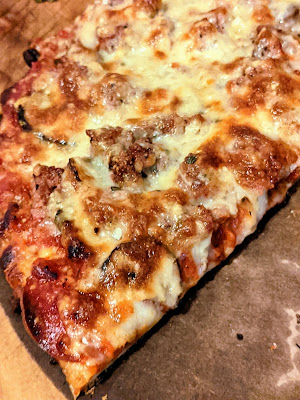 Eat it.  Think about the pizza you could have ordered for less money and time.

Trump Is Going To Prison

Via nypost, based on  legal documents released Tuesday:

Cohen made $50K payment for ‘tech services’ to unknown company during campaign
Michael Cohen paid $50,000 in “election-related” expenses to an unknown company for “tech services” during the 2016 presidential election, court documents said. The payment …
nypost.com


Via the much maligned, but increasingly accurate seeming Steele Dossier:

TRUMP’s representative COHEN accompanied to Prague inAugust/September 2016 by 3 colleagues for secret discussions with Kremlin representatives and associated operators/hackers. Agenda included how to process deniable cash payments to operatives; contingency plans for covering up operations; and action in event of a CLINTON election victory

Some further details of Russian representatives/operatives involved; Romanian hackers employed; and use of Bulgaria as bolthole to "lie low"


Via Trump lawyer in yet another inane tv appearence:

"Hacking is the crime. The president didn't hack! He didn't pay for the hacking" - Giuliani


Based on all this, and the fact that the opposite of what giulliani says is usually the truth (#TruthIsn'tTruth), I predict with 100% certainty that Trump paid hackers who probably were working for Russia and Putin to hack the DNC and other US political organization and citizens to subvert the election.  This fucking piece of shit needs to be imopeached, removed from office and then thrown in prison along with most of his family, administration and business partners.  It's an organized crime syndicate, plain and simple.

Maybe Crazy, Racist And Obstructionist Is The GOP's Best Option The big thing today is right wingers doubling down on obstructionism and partisan witch hunts.  For example:

Ilya Shapiro: The Senate Should Refuse To Confirm All Of Hillary Clinton’s Judicial Nominees

Jason Chaffetz, the Utah congressman wrapping up his first term atop the powerful House Oversight Committee, unendorsed Donald Trump weeks ago. That freed him up to prepare for something else: spending years, come January, probing the record of a President Hillary Clinton.
“It’s a target-rich environment,” the Republican said in an interview in Salt Lake City’s suburbs. “Even before we get to Day One, we’ve got two years’ worth of material already lined up. She has four years of history at the State Department, and it ain’t good.” https://www.washingtonpost.com/politics/house-republicans-are-already-preparing-for-years-of-investigations-of-clinton/2016/10/26/e153a714-9ac3-11e6-9980-50913d68eacb_story.html

And the big thing for liberals is laughing about how stupid this tactic is because it kills them with moderates.

It's been pretty clear for years this mindless obstructionism is in the interest of many individual house members and of various winger pundits.  It' also been framed as a collective action problem, with individual politicians more interested in pandering to the base to avoid a primary defeat at the hands of a tea party, freedom caucus or trump type extremist, rather than help the party as a whole by moderating their rhetoric and policies.

However, maybe this continued extremist stance is actually the best course for the GOP as a whole.  I've spend a lot of time wondering how the party could pivot to appeal to moderates while maintaining it's core base coalition of racists, bigots, religious extremists and general idiots and never come up with a plausible scenario.  So perhaps doubling down on the crazy and pandering to the base is the best option Republicans have to maintain any semblance of political power for the longest time.  Sure, it may destroy them completely over the next 25 years or so, but fracturing their base by moderating might do that much more quickly.
at Wednesday, October 26, 2016 No comments:

Hey College Republican, It's Not Just About Trump 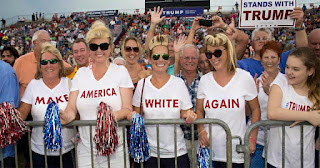 Hey College Republicans, if you fear and repudiate Donald Trump you should fear and repudiate the
entire Republican Party. Trump didn't just walk in and become the nominee, GOP voters chose him. I know it's hard to admit, but the modern Republican party is the party of racism, ignorance and fear. Trump knew it and used the knowledge to win. Trump losing in November isn't going to change that fact. So I'd advise any young republican to take a serious look at their party and decide if they really want to remain a part of it.
at Friday, October 07, 2016 No comments: 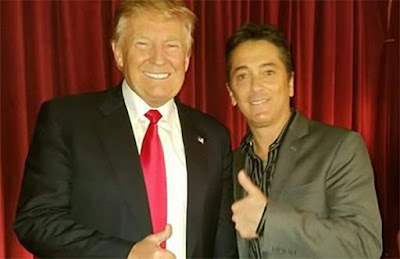 As a Neo-Liberal Sellout Shillary Supporter, I Guess I Gotta Vote For This Guy 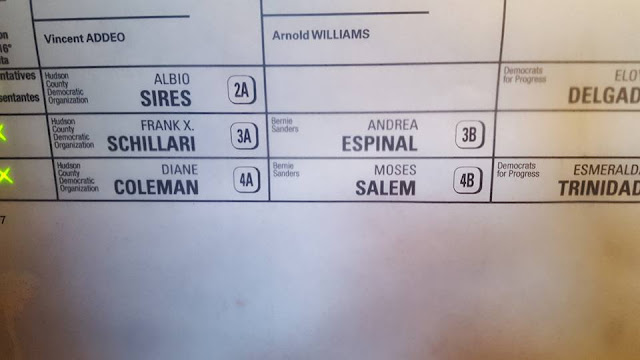 The Real Campaign Has Finally Begun 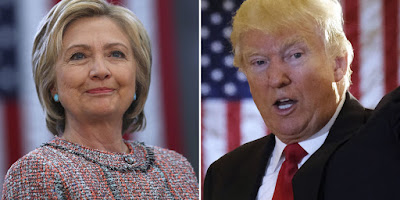 I've only heard some clips from Clinton's "foreign policy" speech yesterday, but it immediately struck me as a major turning point in
the presidential campaign. I put foreign policy in quotes because it really was a extended attack ad on Trump more than a policy speech, and it was an extremely effective one.

Two obvious indicators of the effectiveness are 1) Trump's weak and angry twitter response and 2) the media's coverage. Trump's tweet "Bad performance by Crooked Hillary Clinton! Reading poorly from the telepromter! She doesn't even look presidential!" is just silly and not hard hitting at all. it's about as clever as "U R DUMB" and it came off as desperate vs Clinton's "Donald Trump's ideas aren't just different — they are dangerously incoherent. They're not even really ideas — just a series of bizarre rants, personal feuds, and outright lies." That crystallizes in a single pretty vicious sentence everything liberals, moderates and even a LOT of conservatives think about Trump already, and it scares people. And the the level of positive media coverage on the speech is 10x anything else Clinton's done before. This is partially because it was a good speech but also because everyone has acknowledged implicitly, if no explicitly, that the primary campaign is over and this is a Clinton-Trump race and it's time to start covering that way. This means she's going to get this level of coverage going forward and he's going to get the kind of serious scrutiny he's managed to mostly avoid till now. I'd been worried about the general election until yesterday. Now that the big guns are coming out, I'm much more comfortable. #FeeltheTurn
at Friday, June 03, 2016 No comments:

Or the GREATEST t-shirt? 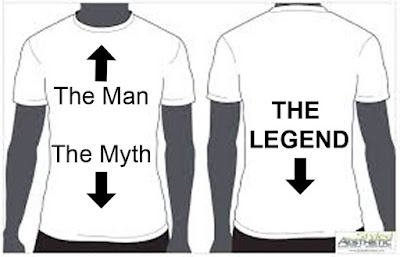 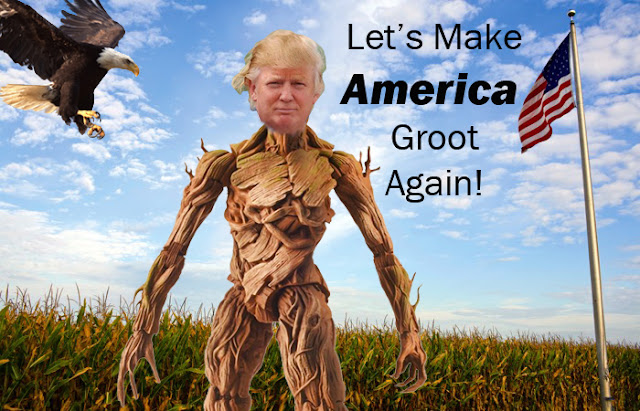 I very much understand and am sympathetic towards fivethirtyeight.com's dismissal of early polling showing trump in leading the republican field, which historically have lacked predictive value. Via Nate Silver in November:


Lately, pundits and punters seem bullish on Donald Trump, whose chances of winning the Republican presidential nomination recently inched above 20 percent for the first time at the betting market Betfair. Perhaps the conventional wisdom assumes that the aftermath of the terrorist attacks in Paris will play into Trump’s hands, or that Republicans really might be in disarray. If so, I can see where the case for Trump is coming from, although I’d still say a 20 percent chance is substantially too high....At this point in the 2012 nomination cycle, 10 weeks before the Iowa caucuses, only 16 percent of the eventual total of Google searches had been conducted.


OK, Nate.  It's now less than 2 weeks till the Iowa Caucuses and trump is still up by 1.5% in the RCP average for Iowa, 20% in New Hampshire and 16 points nationally.  So when can we start freaking out about Donald Trump's polls?  Particularly considering the GOP delegate allocation rules.

538 crew, isn't it time to face the fact that only The Donald can Make American Groot Again?